The Park is a video panorama depicting a space between the domesticated and the wild, a transmission stage between urban and natural environments. It is an autonomous zone with its own rules; in parks, the limitations of daily habits can be breached.The piece is realized through intricate video compositing techniques combining concrete places and characters that are familiar to our daily life experience; architecture, people and symbols. The work plays with themes of urbanity/periphery, rationality/irrationality, tourism, sports and ecstasy.

Ever since the birth of film, landscape as an aesthetic category and experimental filmmaking have always had a very close relationship to one another. Here, the special capacity of film to grasp a space visually has played a key role. Whether in the fast railroad camera shots of early films, the visualizing of landscape in the mainstream Western and in land art, or structural-analytic engagements like those of Michael Snow, film has continuously shown its ability to grasp and to reconceptualize landscapes in new ways.

Looking at the new video works of Ulu Braun in this context, this specific quality of the medium film is again revealed. Already in the titles, Braun generates dynamic fields of reference in which the question of a historical engagement with the category of landscape is reflected: in Westcoast and its evocations of an existential American concern with the land that runs through all the arts; or The Park, where the profoundly European question is set in perspective by way of the active design of nature. Already here, Braun makes clear his interest in questioning a category and the linked aesthetic dynamics of design.

In terms of various formal references, these works could be seen in a single line of development with these moments of film history. The 360-degree pan shot that Braun so likes to use, for example, is an almost classical means of grasping and exploring landscape. On the other hand, at issue with this very pan shot is making a categorical break with the film tradition: for as much as the classical pan of a camera is evoked in Braun’s work, it is no longer the film camera that arrests the landscape and captures it on celluloid, but the computer that constitutes a landscape consisting of various shots in a collage.

With this shift from the filmed to the computed image in Ulu Braun’s work, one of the most elementary changes when it comes to new visual worlds and their characteristics is addressed. For these new visual spaces differ categorically from the mimetic conditions of the filmic, that is, they no longer function in an analog way, in the sense of in light waves capturing a real space in celluloid or our eyes, but reorder vision on a level divorced from human vision. Such a form of images, as Jonathan Crary put it, as nothing more to do with a direct relationship of the beholder to a perceivable world, but rather represents “the relentless abstraction of the visual.” Freed in such a way from the forms of depiction (on the part of the artist) and recognition (on the part of the beholder), Braun shows what it means to use these liberated potentials and develops landscape collages that are reminiscent of moments of a fever dream. By combining the incompatible, Braun develops a space for possibilities of thought that traditional forms of the filmic often cannot provide. And it is here, in the feverish intermediate spaces, that landscapes emerge where we cannot stop asking what it is: the landscape, the image, and ourselves. 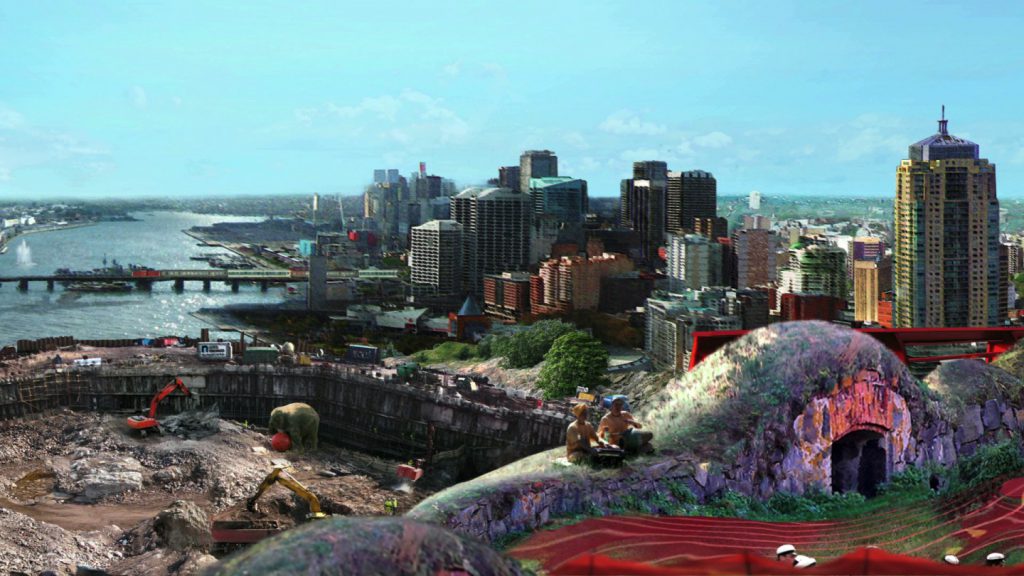 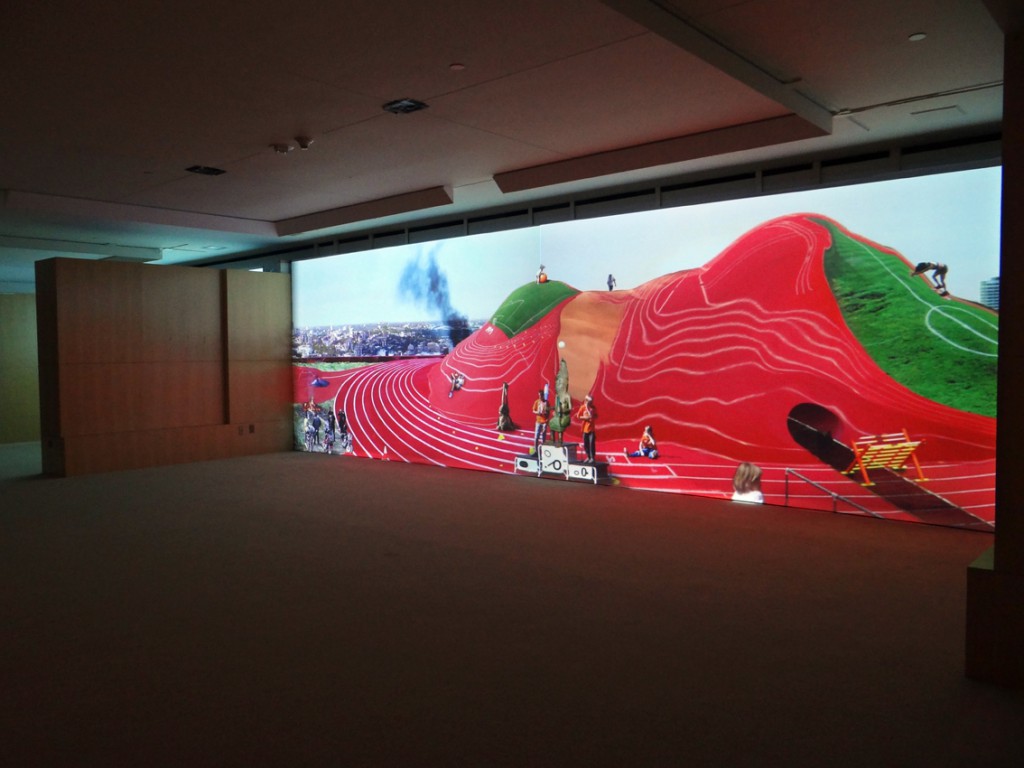 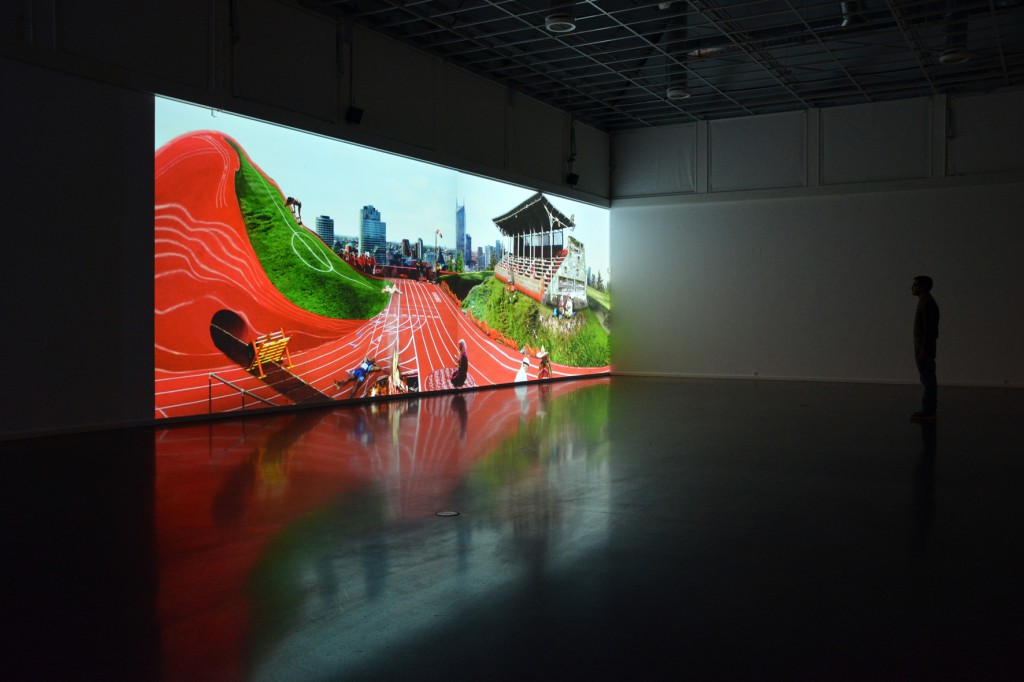